“Are you better off than 4 years ago?” – That’s the question the Republicans want Americans to ask themselves. Mitt Romney is betting everything on that question, hoping that U.S. citizens have a short memory and don’t remember what things were like in 2008. Has Obama lived up to all of the hype? No. We expected a lot from the former Illinois senator and many of his plans have not taken shape.

The Republican and Democratic National Conventions have come and gone. These giant pep rallies have provided some funny moments and inspiring speeches. The Republicans surprised us all with Clint Eastwood talking to chair. Nobody expected that and nobody really understood it either. Michelle Obama gave a moving speech trying to reach those Americans who are struggling financially or are out of work. The first lady made it clear to everyone that Barack Obama and Mitt Romney come from two completely different backgrounds.

Although the national conventions may convince a few swing voters and the TV commercials and newspaper ads might influence a few, it comes down to whom the American people think will turn the country’s economy around. Both candidates have strengths and weaknesses.

On one hand, Mitt Romney is a successful businessman and is considered a “moderate” Republican which could attract some floating voters who are unhappy with Obama. On the other hand, some consider him too successful and dislike the fact that he is a multi-millionaire. He is also a Mormon and would be the first president of that faith, a religious minority in the U.S.

Barack Obama is a great public speaker with a cool air about him and an inherent presence of a leader. He convinced over 50 percent of the population to vote for him in 2008, successfully rescued the automotive industry and was responsible for finding and killing Osama bin Laden. But, the president hasn’t been able to keep all of his promises with his popularity dropping considerably over the last four years. He has had some success over the last three and a half years, but the economy has yet to fully recover and unemployment is still high for U.S. standards, although in his favor it has been gradually decreasing.

So, who will win this tight race? It’s a coin toss really. It will come down to the famous quote “It’s the money, stupid.” There are many matters to be considered: unemployment, the economy, health care, Afghanistan, Guantanamo, outsourced jobs, but what the average Americans are worried about are their pockets. In order for Obama to win he needs to convince the voters in swing states like Ohio and Illinois that they are better off now than four years ago, or at least persuade, as Jon Stewart cleverly puts it, that “things could be a lot worse.”

Neck and neck: So close that the lead between competitors is virtually indeterminable. 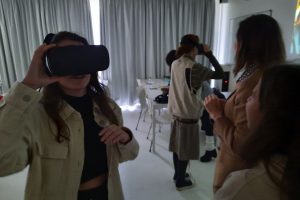 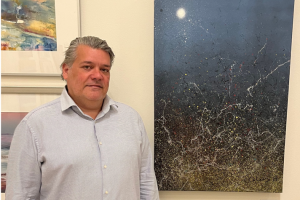 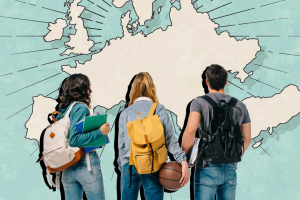